We aim to provide accurate, timely, and accessible information for policymakers, researchers and litigators alike. All of the information contained on this website is publicly available, and was gathered from federal docket sheets, press releases, prosecutor’s offices, as well as from FOIA requests.

We want to encourage the broadest possible use of this data for research and educational purposes. We believe all of the primary documents collected here are works of the United States government and are therefore free of all copyright protection, per Section 105 of the U.S. Copyright Act. To promote access and reuse of the database, which may be subject to limited copyright protection or other legal protections, we have licensed the data for free public use under the Creative Commons Attribution-NonCommercial 4.0 International License. Please attribute the database as indicated above. For permission to make commercial uses not covered by the license or a relevant legal provision (such as fair use), please contact us.

Please cite to this resource collection as:

The cases, as indicated below, may be displayed by name of entity, prosecutingc offie (with multiple offices listed where applicable), jurisdiction, date, whether the case was resolved through a plea agreement, a deferred prosecution agreement, or a non-prosecution agreement, whether the company was public or not, and whether it was foreign or domestic. The cases can be sorted along a range of other dimensions as well using the advanced search box.

This Registry only includes information about federal organizational prosecutions, and not cases brought solely in state courts. Nor does this Registry include leniency agreements entered through the Antitrust Division’s leniency program, which are kept confidential.

The U.S. Sentencing Commission reports sentencing data concerning organizational prosecutions each year. That data does not include cases resolved without a formal sentencing, such as deferred and non-prosecution agreements. The Commission’s sourcebooks can be read here.

Garrett teaches law at Duke University School of Law, where he has been a professor since 2018. He previously taught at the University of Virginia School of Law, beginning in 2005. His research on our criminal justice system has ranged from the lessons to be learned from cases where innocent people were exonerated by DNA tests, to research on false confessions, forensics, and eyewitness memory, to the difficult compromises that prosecutors reach when targeting the largest corporations in the world. In 2011, Harvard University Press published Garrett’s book, “Convicting the Innocent: Where Criminal Prosecutions Go Wrong,” examining the cases of the first 250 people to be exonerated by DNA testing. In 2013, Foundation Press published a casebook, “Federal Habeas Corpus: Executive Detention and Post-Conviction Litigation,” that co-authored with Lee Kovarsky. Garrett’s book examining corporate prosecutions, titled “Too Big to Jail: How Prosecutors Compromise with Corporations,” was published by Harvard University Press in Fall 2014. A new book examining the implications of the decline of the death penalty, “End of its Rope: How Killing the Death Penalty Can Revive Criminal Justice,” was published by Harvard University Press in 2017. Garrett’s law review articles can be downloaded on SSRN. Garrett’s work has been cited by courts, including the U.S. Supreme Court, lower federal courts, state supreme courts, and courts in other countries, such as the Supreme Courts of Canada and Israel. Garrett also frequently speaks about criminal justice matters before legislative and policymaking bodies, groups of practicing lawyers, law enforcement, and to local and national media. He attended Columbia Law School, where he was an articles editor of the Columbia Law Review and a Kent Scholar. After graduating, he clerked for the Hon. Pierre N. Leval of the U.S. Court of Appeals for the Second Circuit. He then worked as an associate at Neufeld, Scheck & Brustin LLP in New York City. A more detailed bio is available here. His author website is available here. 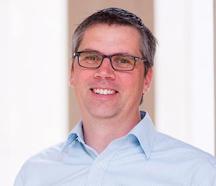 Ashley works as the Business & Empirical Research Librarian at the University of Virginia School of Law and co-founded the School's Legal Data Lab in 2016. He attended the University of North Carolina at Chapel Hill where he received his M.L.S. After graduating, he worked at U.N.C. Chapel Hill as a Reference Librarian before joining U.Va Law.

We thank the following research assistants for their help: